There was not an exact match for the language you toggled to. You have been redirected to the nearest matching page within this section.

The Norwegian Glacier Museum opened in 1991, and is an award-winning hands-on museum, situated in Fjærland at the head of the Fjærlandsfjord. The museum is the leading centre in Norway for dissemination of knowledge with regard to glaciers and climate.

In an entertaining and exciting manner, you will get answers to questions like 'Why is glacier ice blue?', 'Why is the fjord green?' and 'How were the fjords formed?'. You can even perform your own experiments with 1000 year old ice from the nearby glacier Supphellebreen.

Do not miss Ivo Caprino's unique and staggering panoramic film from the glacier Jostedalsbreen – the largest glacier on mainland Europe. Another must is the experience exhibition abouft climate and climate changes. opened in June 2007.

The glacier Jostedalsbreen and its surroundings is a National Park and the museum is an information centre forthe park. The museum was designed by Professor of architecture, Sverre Fehn, receiver of the 1997 Pritzker award - the highest international award an architect can get. The building has received several awards, including the highest Norwegian award for architecture. All exhibitions have been adapted for the disabled.

The museum is a private non-profit foundation established by the International Glaciological Society, different Norwegian research institutions and the Norwegian Mountain Touring Association. H.M. Queen Sonja opened the museum in 1991, and since then more than 1,2 million persons have visited the museum .

Green Travel
The Norwegian Glacier Museum has obtained certification for their environmental efforts by: 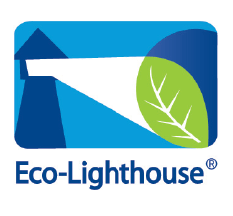